Edward Barber and Jay Osgerby founded studio Barber & Osgerby in 1996 after graduating with master’s degrees in Architecture from The Royal College of Art in London. Their wide body of work spans industrial design, furniture, lighting and site-specific installations, as well as gallery and public commissions such as the London 2012 Olympic Torch and projects for the Royal Mint. They are currently working with leading global manufacturers including Vitra, Knoll, B&B Italia, Flos, Venini and Hermès. Their work is held in permanent museum collections around the world including the Victoria and Albert Museum and the Design Museum in London, the Metropolitan Museum of Art, New York and the Art Institute of Chicago. Select exhibitions include Josée Bienvenu Gallery (2018); V & A Museum, London, UK (2014); and Cappelini, Milan IT (2000). In 2013, the duo was recognized in the Queen’s Birthday Honors and awarded OBEs for their services to the design industry. In 2018 they were awarded the Wood award in Production for their Ballot Chair. In September 2017, Barber and Osgerby published their latest monograph with Phaidon, ‘Barber Osgerby, Projects’ written by Jana Scholze. 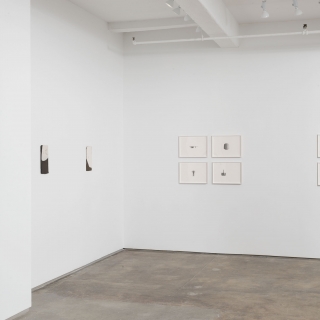